Karol B. Barragán-Fonseca (PhD) got a bachelor degree in Veterinary Medicine, and in 2005 a MSc degree in Biological Sciences. She has worked in situ and ex situ wildlife conservation and sustainable production systems. Since 2008, as professor at Universidad Nacional de Colombia (UNAL), she developed a growing interest in insects as feed and food. Therefore, Karol founded the Terrestrial Arthropods Research Center (CINAT) and went to Wageningen University to work towards a PhD-degree in this field. Currently, Karol is an Assistant Professor at UNAL, cofounder of UNAL´s Spin Off: Insect Farming Technologies – EntoPro and coordinate the initiative Insects for Peace, an initiative that promotes social transformation, circular economy and food security through the use of insects as animal feed in rural communities.

Born on 2.2.1958 and raised in Welzheim 40 km east of Stuttgart/Germany, married and two adult sons. After graduating from high school in 1977 and completing his basic military service, he studied mechanical engineering at the University of Stuttgart and graduated with a diploma in 1984. He then worked as a management trainee at IBM Germany, spent two years as head of the German team in New York, USA, and was production manager for multilayer printed circuit boards in Sindelfingen/Germany. From 1995 to 2007 he was Senior Manager at Ernst&Young Consulting with a focus on logistics and SAP implementations. He realized international projects in USA, Canada, China, Great Britain, Austria, Romania and Germany. Since 2003 he is Chairman of the Supervisory Board of Katz Biotech AG. Katz Biotech AG is the leading German producer of beneficials (insects and mites) for the biological pest control. Since 2007 he is Managing Partner of Hermetia Baruth GmbH. Hermetia Baruth GmbH was the first company in Europe to be able to rear Black Soldier Fly in mass production. He is a founding member of the association IPIFF (International Platform of Insects for Food and Feed) and currently Treasurer of the association and a member of the Executive Committee of the association.

Dr Shikha Ojha is a young researcher with a demonstrated capacity to direct and execute excellent research in the area of novel food processing technologies.  In 2017, at the age of 27, she obtained her PhD in food science and technology from University College Cork, Ireland.  She worked in Teagasc Food Research Centre, Dublin, Ireland as a post- doctoral fellow for a year and then moved to Aberystwyth University, Wales, United Kingdom as a Lecturer in Food Science. In 2019, she received prestigious Marie Skłodowska-Curie Individual Fellowship, which allowed her to work in the area of insect processing at Leibniz Institute for Agricultural Engineering and Bioeconomy, Potsdam, Germany. Her research project mainly focused on developing innovative technologies for sustainable exploitation of macromolecules from insects as alternative resource in bioeconomy. She has developed a strong publication record of over 37 publications including one co-edited book, 27 manuscripts in international high impact peer reviewed journals and several presentations at international conferences.

Prof. Dr Martin Rühl studied biotechnology at the University of Applied Sciences Weihenstephan and graduated in 2004 with a degree in engineering. He received his doctorate in 2010 from the Georg-August University of Göttingen in the field of Molecular Wood Biotechnology and Technical Mycology.

He then switched to Food Chemistry at the Justus Liebig University in Giessen, where he held the assistant professorship for Food Analysis and Food Biotechnology from 2012 to 2018. In 2021, he accepted the call from the Justus Liebig University in Giessen for the newly created professorship for Food Systems Biotechnology. He also is deputy head of the department of Food & Feed Improvement Agents at the Fraunhofer IME in Giessen. His research work is primarily concerned with the biotechnological potential of mushrooms and insects. Part of this is dedicated to the sustainable rearing of insects.

Dr Dorothee Tegtmeier is a young scientist whose research focuses on the gut microbiota of insects. She completed an apprenticeship as biological-technical assistant at the Bernd-Blindow school in Bückeburg in 2006, followed by studying Biology at the University of Kassel, where she received her diploma in 2012.
Thereafter, she performed her doctoral thesis at the Max Planck Institute for Terrestrial Microbiology (Marburg) in the lab of Prof. Andreas Brune („Insect gut microbiology and symbiosis”), where she graduated in 2016 and became a postdoctoral fellow. In 2018, she transferred from the Max-Planck Institute to the Fraunhofer Institute for Molecular Biology and Applied Ecology IME in Giessen to
Prof. Andreas Vilcinskas in order to conduct research on the black soldier fly gut microbiome for industrial applications with focus on sustainable insect farming.

Very recently, she received a grant from the Federal Ministry of Education and Research (BMBF) that allowed her to become a junior group leader at the Fraunhofer Institute in Giessen. Her research group is dedicated to explore the black soldier fly and its associated microbes as well as their usability for the circular bioeconomy.

Dr Jeffery K. Tomberlin is a Professor, AgriLife Research Fellow, & Presidential Impact Fellow in the Department of Entomology at Texas A&M University. He is the principal investigator of the Forensic Laboratory for Investigative Entomological Sciences (F.L.I.E.S.) Ficility at Texas A&M University, and he is the Director of the National Science Foundation Center for Environmental Sustainability through Insect Farming.

Research in the F.L.I.E.S. Facility examines species interactions on ephemeral resources such as vertebrate carrion, decomposing plant material and animal wastes in order to better understand the mechanisms regulating arthropod behavior as related to arrival, colonization and succession patterns. The goals of his program are numerous; however, a major focus of his research is on forensic entomology as well as waste management in confined animal facilities as well as concerns with food waste being placed in landfills. His research efforts for the past 27 years have been developing methods for the production of alternate protein sources for use as livestock, poultry and aquaculture feed from these resources.  Predominately, these efforts have been accomplished through his research with the black soldier fly. Since arriving at Texas A&M University in 2002, 19 Ph.D. and 21 M.S. students have completed their degrees under his supervision. To date, he has edited 8 books, published 28 book chapters, and +200 research articles which have been cited more than 14,000 times.

Dr. Tomberlin welcomes those that are interested in collaborating or gaining experience in black soldier fly as a sustainable system to produce protein or other areas of his research to visit the F.L.I.E.S. Facility. Dr. Tomberlin has worked with companies throughout the world including, but not limited to Malaysia, China, and Australia. He has also given presentations (e.g., TEDx) on research throughout the world as well (e.g., 35 countries to date).

Prof. Dr Thomas Wilke is a Professor of Animal Ecology and Sytematics at Justus Liebig University Giessen. He is mainly interested in the environmental and anthropogenic factors affecting the evolution and ecology of aquatic organisms. He is the Deputy Director of the Corporation “Center of Excellence in Marine Sciences” in Bogota (Colombia) and founder of ColombiaCONNECT in Bogota, an organization that promotes the fair and sustainable use of bioresources in South America. He is also the coordinator of the collaborative research project “Insect-based Aquaculture”, funded by the German Ministry of Education and Research under their bioeconomy program. 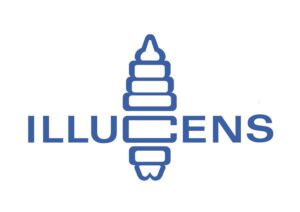 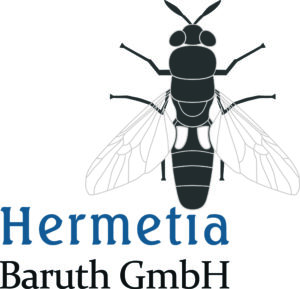 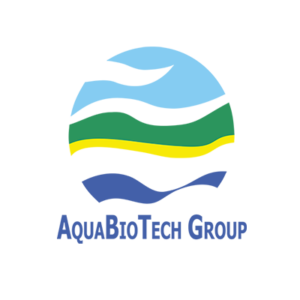 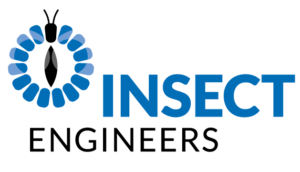